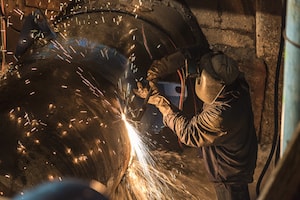 Workers suffering burn injuries on the job in Washington are entitled to recover from third parties whose negligence resulted in the injury. Under the workers’ compensation scheme (L&I), workers may not sue their own employer directly, but may make claims against third parties, such as a general contractor or other subcontractors performing work at a construction site, and injured workers should seek legal guidance to determine whether they are entitled to compensation from any third parties.

Thermal injuries are the most common type of burn injury and include injuries from steam, scalding water, fire, flammable materials, scalding pipes, and other heat producing equipment and machinery. Workers exposed to fire often also suffer smoke inhalation injuries, which are potentially more dangerous than the burn itself.

Chemical burns are less common than some of the other types of burns discussed herein, but can be very serious. Chemical burns result when skin comes into contact with certain acids, alkaloids and other caustic chemicals present at the worksite. Dangerous chemicals often present at worksites include cleaning supplies, wet cement, paint, paint thinner, solvents, glues and other substances. Chemical burns differ from thermal and electric burns in that the worker’s reaction to the substance is not always immediately obvious, and may be delayed.

The Washington State Department of Labor and Industries have promulgated mandatory safety rules intended to protect construction workers from burn injuries. For example, in welding, the object to be welded must be moved away from all fire hazards, or all movable fire hazards must be removed from the vicinity of the work. Welding work also requires shields to confine the heat, sparks, and slag, and to protect immovable fire hazards. Similarly, rules govern toxic and hazardous substances, and specifically limit allowed chemical exposure, reducing the risk of chemical burns.

The attorneys at Kraft Davies Olsson PLLC have experience handling construction site injury cases for victims throughout the greater Seattle area and all over the state of Washington, including Seattle, Tacoma, Everett, Bellingham, Olympia, Bremerton, Spokane, Yakima, and Wenatchee. If you or someone you know has suffered a burn injury on a construction site, call today for a free consultation.