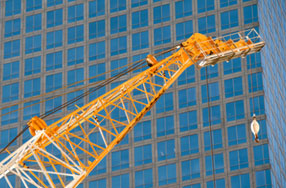 Over the past few years, a number of construction tower cranes have spectacularly collapsed, grabbing front page headlines, killing over a dozen people and seriously injuring scores of construction workers, pedestrians on the streets, and even sleeping occupants of nearby buildings. Locally, in 2006 a tower crane 210 feet tall fell over and crashed into the side of an apartment building in Bellevue. In New York City, three such crane failures have taken place in the past eight years – two in 2008 and one in February of 2016.

The Bellevue tower crane collapse immediately caught the attention of the State of Washington’s Department of Labor and Industries and its inspectors responsible for enforcing the Washington Industrial Safety and Health Act [WISHA]. The inspectors identified so many egregious safety violations, and the local media reported on their findings so relentlessly, that even the state legislature got involved. Just a few months after the crane’s collapse, both the House and the Senate passed a statute that established new crane safety and safe crane operation requirements in Washington. This law was based on recently adopted federal regulations issued by the new Crane and Derricks Advisory Committee (C-DAC) of the federal Occupational Safety and Health Administration (OSHA). Following lead of both the state and federal governments, even the Washington Crane Safety Association (WCSA) developed its own “industry standard” program, mean to promulgate crane safety training and certification requirements.

When Workers are Injured During Crane Erection or Disassembly, There are No Headlines

What does not make headlines is the fact that many construction tower cranes are rented equipment, and that the rental companies often erect and disassemble the cranes using written instructions that come from the crane manufacturer. Construction laborers at the job site are ordered to pitch in and take directions from the rental company crew. The crane components have to be moved into and out of place with smaller cranes, often operated by different subcontractors, and the tower crane’s component parts have to be assembled and disassembled in a specific order or the partially assembled/disassembled tower crane can fall apart and come crashing down on the workers assigned to assist the rental company crew. The lawyers at Kraft Davies Olsson PLLC have successfully represented a worker who sustained an almost fatal crushing injury when a partially and improperly disassembled crane fell down on top of him.

Cranes do Not Collapse of Their Own Accord

Cranes do not collapse of their own accord, and such events almost never happen absent negligence. Some of the possible inexcusable causes of such catastrophic failures are as follows:

Any construction worker or innocent bystander who is injured by a falling crane should immediately contact an experienced personal injury lawyer at Kraft Davies Olsson PLLC. We know the crane safety laws and regulations and can help you obtain the financial compensation that you need to recover your losses and move and with your life.

For your free, no obligation consultation, call Kraft Davies Olsson PLLC today at 206.624.8844. Alternatively, you may email your inquiry to us by clicking here.