Over 65 Years Experience
Winning Cases.
Compassion That Gets Results.
Contact Us for a Free Consultation
Associated With:
Home
Practice Areas
Construction Site Injuries
Leading Causes of Injuries on Construction Sites 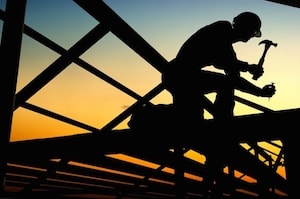 Not surprisingly, at the national level the most cited OSHA standards violated in 2014 pertain directly to preventing “fatal four” incidents. Citations were issued for violations the following ten OSHA regulations more than any others, in descending order:

Washington State has implemented a strict regulatory scheme intended to protect workers on constructions sites as part of the Washington Industrial Safety and Health Act (WISHA). WISHA is intended to require employers to take even greater steps toward protecting workers than those required under OSHA. However, all too often injuries occur as a result of employers failing to follow required regulations. WISHA includes an entire chapter devoted to construction site safety, and subchapters applicable to particular high risk activities such as fall protection, fire protection and prevention, tools, welding and cutting, electrical, cranes, steel erection, and excavation.

Sometimes, accidents happen. But often times when a construction site injury occurs, it is the result of someone’s negligence. Under Washington’s workers’ compensation scheme, construction workers are not permitted to sue their employer directly. However, because construction work often involves numerous contractors and subcontractors, workers injured on the job may be entitled to financial recovery from other entities performing work on the job site.

The lawyers at Kraft Davies Olsson PLLC, have decades of experience representing construction workers injured on the job due to negligence, and are available to consult with you regarding your case. Our lawyers have handled a broad spectrum of construction injury cases, examples of which include: