We are OPEN and accepting new cases. Telephone and Video Conferences Available.
Over 65 Years Experience
Winning Cases.
Compassion That Gets Results.
Contact Us for a Free Consultation
Associated With:
Home
Practice Areas
Car Accidents
Rules of the Road

Rules of the Road

In Washington, all drivers—whether residents of Washington or out-of-state travelers—are required to abide by Washington State traffic laws. Washington’s rules of the road are set forth in the Revised Code of Washington at RCW 46.61. 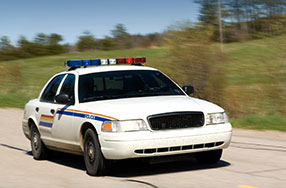 The rules of the road are intended to facilitate the safe and efficient flow of traffic. In our experience, the majority of crashes occur because someone failed to follow traffic laws. Often times, police officers will issue citations for violation of traffic laws. However, whether or not the police issue a traffic ticket is not, in and of itself, proof that a violation occurred.

Some common traffic law violations that result in car crash injuries and/or death include, but are not limited to:

A knowledgeable personal injury attorney will be able to identify the various ways the at-fault driver violated rules of the road, and will use that information to prove negligence. Even if the police ticketed the other driver for violating one particular traffic law, other traffic laws may also have been broken. Furthermore, sometimes the police either aren’t called to the scene, or don’t issue any citations. Whether or not a person violated the law is not determined by whether the police issue a ticket.

Similarly, even if you were ticketed as a result of a crash, you may still be entitled to recovery from the other driver. To illustrate, if both parties caused the crash, responsibility is apportioned by the percentage of fault attributable to each party. This concept is called “contributory negligence.” As another example, if you were driving 30 m.p.h. in a 25 m.p.h. zone, and were involved in a crash with someone who ran a red light, you might receive a ticket for speeding. However, that would not be a bar to your claim against the driver who ran the red light. In addition, sometimes the police make mistakes and issue tickets where no violation occurred.