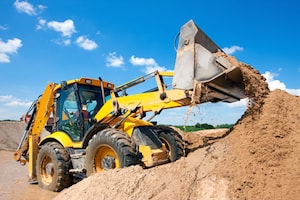 Washington State’s Industrial Insurance Act of 1911 was passed by the Legislature to give employers immunity from lawsuits filed by their own injured workers. In other words, the 1911 law promised that workers injured while on-the-job would receive workers’ compensation benefits regardless of who caused the injury, but took away the workers’ right to sue their own employers or their own co-workers, even if those employers and/or co-workers negligently caused the injury. RCW 51.04.010. However, injured workers retained the right to sue third persons – not their own employers or their own co-workers – if a third person’s negligence caused the worker’s injury. RCW 51.32.030.

Third party claims can arise anywhere in Washington State -- in Seattle, Tacoma, Olympia, Bellingham, Marysville, Everett, Centralia, Longview, Vancouver, Ellensburg, Wenatchee, Yakima, Richland, Walla Walla, Spokane, and all points in between. The lawyers at Kraft Davies Olsson PLLC have successfully resolved thousands of third party claims. If you or a loved one has suffered an injury while working at a construction site, call us at 206.624.8844 for a free consultation.