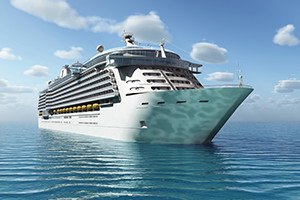 At Kraft Davies Olsson PLLC, our Seattle based cruise ship injury attorneys have over 65 years of experience handling cruise ship injury cases for passengers, including claims against Windstar Cruise Lines. Under the terms of the cruise contract, all claims against Windstar Cruise Lines must be filed in federal court in Seattle, Washington by an attorney admitted to practice in Seattle federal court. For decades, our lawyers have fought to obtain fair compensation for injured cruise ship passengers. Let us put our experience to work for you. Contact one of our award-winning cruise ship injury lawyers today for a free consultation at 206.624.8844.

Windstar Cruises began operations in 1984 and is notable in the cruise industry for its computer-controlled luxury sailing ships. The company operates the cruise ships Star Breeze, Star Pride, Star Legend, Wind Surf, Wind Spirit, and Wind Star. These vessels explore the hidden harbors and secluded coves of some of the world's most sought-after destinations. These luxurious and intimate ships cruise to nearly 50 nations, calling at 100 ports throughout Europe, the Caribbean and the Americas. The company sails two ships that carry just 148 guests each and a third ship that carries 312 guests.

Under the terms of the cruise contract with Windstar Cruises, an injured passenger must file a claim with the company within six months of an injury. This means that you must notify the company in writing of your injury within six months. If you filled out an incident report on the vessel after your injury, the company is on notice of your injury. If not, you need to supply written notice to the company within the period. You should also obtain a copy of any incident report or witness statement that you fill out on the vessel for review by our attorneys. You should photograph the area where the incident occurred and collect the names, addresses, telephone numbers, and email addresses for any witnesses or other persons who have information about your injury. Failure to provide notice within the six month period may result in the loss of your claim.

A Lawsuit Must Be Filed in Seattle, Washington, Within One Year

In addition to the notice requirement, an injured passenger must file a lawsuit in federal court in Seattle, Washington within one year of the injury. Courts have generally enforced the one-year statute of limitations and failure to file a lawsuit within the one-year period will likely result in the loss of your claim. You should contact an experienced maritime law firm in Seattle well before the one-year period to make certain that there is ample time to prepare and file the lawsuit. Only a lawyer licensed to practice in Washington State and admitted to the federal court for the Western District of Washington will be able to file your lawsuit.

Like other cruise lines, common types of injuries on Windstar Cruises may include the following: trips and falls, slips on the deck, injuries transferring on tender vessels to and from the ship, injuries on stairs, injuries from foreign substances on the deck, injuries during shore excursions, shipboard viruses, food borne illnesses, assaults, and other serious injuries. If you are seriously injured on board a Windstar cruise, contact our law firm for a free initial consultation to discuss your legal options at 206.624.8844..